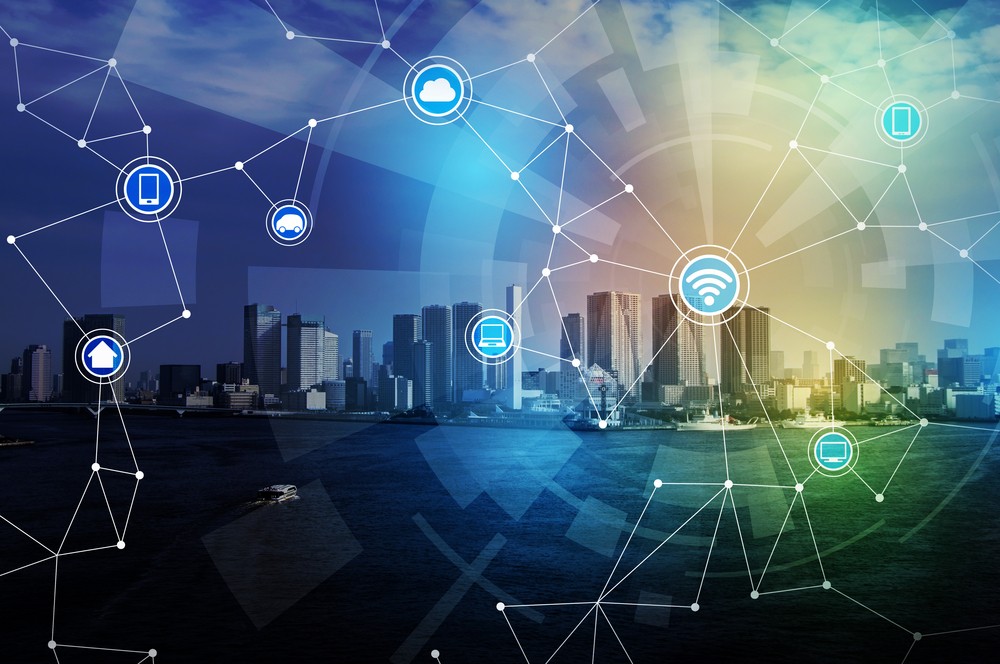 Organisations of various sizes and resources are facing the challenge of converging corporate and industrial networks to standardise infrastructure, reduce complexity of multiple-protocol architectures and increase productivity. The latest development in Ethernet data communications is extending its capabilities over single-pair cable. Single-Pair Ethernet (SPE) allows building automation systems and legacy industrial networks to migrate to single Ethernet network technology whilst delivering power and data to and from edge devices.

Increasing demands on automation infrastructure interoperability means that SPE is the enabling platform that allows the migration from various legacy networks to one universal physical layer. The connectivity between the corporate and Industry 4.0 is a step closer to being delivered through a single technology from the edge sensor, plant floor, data centre monitoring devices, to the corporate desktop.

SPE expands the resource of the Industrial Internet of Things (IIoT) providing the accelerator for organisations to migrate to Ethernet based operational technology (OT), offering common communications protocols compatible with the information technology (IT) network. This expansion encompasses end-to-end solutions including, switches, valves, cables and sensors, which have been developed by numerous organisations collaborating to effect the changes necessary to harmonise OT and IT operations, on the most effective protocol.

Ethernet has gained share in the Industrial market and is available in a variety of forms including PROFINET, EtherNet/IP and EtherCAT and together with complementary IP-based protocols it is now the dominant data communications platform.

The capabilities of SPE increases the commitment to an all-Ethernet networking solution, advances are making the network easier for organisations to implement and manage. The single protocol network will provide for data transparency and increase security. The growth of the IIoT and its requirement to seamlessly connect to corporate information systems as well as industrial processes will drive the convergence onto the Ethernet platform.

The initial single-pair IEEE standard 802.3cg-2019, was announced in early 2020, and device chips were launched to support all SPE applications in process automation, industrial automation and building automation within that timeframe.

The reduced number of pairs used for data communication, allows for a reduction in cable and connector size, while the technology delivers both power and data to edge devices within a single connection. The IP20 SPE Connector (see Image 1) is a small format module with half the footprint of a RJ45 port, and it features positive latch engagement for secure connection. Integrated power and

data eliminates the need for local batteries or power supplies at the edge, and saves on transformers and circuit protection, while reduces installation time and simplifying maintenance.

Compared with terminating 4-pair cable to TIA-568A/B standards, field terminating one-pair cable with the LC-style connector is fast and simple. Using common tools, a technician is able to perform an SPE termination in half the time taken for a 4-pair termination. It also utilises 18 AWG cable offering lighter, smaller cables. The SPE connector termination will be less prone to error, minimising any rework. Given the decreased weight and size, more cable runs can be pulled together, simplifying implementation

The importance of data and power over SPE to remote devices cannot be overstated. The IEEE 802.3bu standard provides for remote DC power over the SPE connection, called Power over Data Line, or PoDL. PoDL is akin to the Power-over-Ethernet (PoE) technology for standard Ethernet, which is transforming smart building electrical and data communications infrastructure.

A further positive attribute of SPE is the potential to reuse existing cable media. Many factories and plants have legacy single-pair twisted cable, that can possibly be reused as SPE cable media, subject to qualification. For instance, much RS-485 cable in use or redundant is 18 AWG gauge making it a viable alternative to new cable runs. The cables will need to be tested to ensure they meet electrical performance relative to the TIA-568.5 standard for 10BASE-T1L link transmission.

A colleague, Bob Voss, Senior Principal Engineer for Panduit Corporate Research and Development, and Chair of Single-Pair Ethernet Subcommittee, at the Ethernet Alliance, recently stated, “Gains in capability of Single-Pair Ethernet and its ability to support proven Operations Technology topologies in industry and manufacturing is bringing real value to organisations.”

The sub-committee Bob Voss chairs has the role to drive the development of a coherent roadmap for BASE-T1 Ethernet, as the preferred network implementation in a single network infrastructure incorporating industrial networks into the Ethernet environment. This development will significantly increase network security and replace vulnerable older protocols with robust IP networks offering higher data speed, transmission distance and data security benefits.

Consolidating on SPE environments reduces or eliminates non-Ethernet challenges whilst extending the advantages of Ethernet and IP-based networking. Ethernet networks are faster, offering enhanced techniques like Time Sensitive Networking (TSN) and Software Defined Networking (SDN). And while Four-Pair Ethernet is already well established supporting higher levels in industrial networks, it is not cost-effective for many lower value edge devices. SPE is designed to be the solution at the right price point, providing the entry level for far wider implementation of price sensitive IIoT devices. Systems that currently use RS-485 serial communications can be upgraded with little change to the media and therefore brought into the Ethernet network.

SPE provides increased bandwidth allowing higher data rates at the edge, with up to 10 Mbps transmission speeds up to 1,000 metre distance. Consider that against legacy protocols based on RS-485, where the link speed is only 31.2kbps for the same 1,000 metres. That is 300 times faster!

SPE’s convenience, cost and relative functionality provide low-cost access for either migration or incremental deployment of SPE within an industrial environment. The technology cost aligns with extending data capture capabilities out to multiple edge devices, where previous access was cost prohibitive.

Expansion of IIoT is dependent on cost effective technology coupled with inexpensive sensors to drive scale. High volume automation products are likely to change first, while specialised legacy protocol devices will take longer to replace. Once organisations understand the market advantage they can gain from SPE the implementation of associated devices will increase dramatically, which in turn will reduce complexity of the network as it converges on Ethernet.

SPE is expected to be a key enabling technology for manufacturers and industrial plants to:

· Achieve a seamless network with visibility from cloud to edge

· Increase bandwidth at the edge for implementing advanced diagnostics

· Lower TCO for the OT network

Single pair Ethernet is a transformative technology for organisations that encompass corporate offices running Ethernet and manufacturing and industrial plant facilities. For standalone manufacturing space and other market segments such as rail transportation and building automation, these will also increasingly adopt SPE networks as IIoT develops into a major market segment in the coming years.

Takayo Takamuro is the new Managing Director of Telehouse Europe, the global colocation provider that brings together more than 3,000 business partners, including carriers, mobile and content providers, enterprises and financial services companies. In her new role, she is tasked with overseeing continued growth, expanding Telehouse Europe’s highly connected ecosystem.

Data centres under the spotlight – why experience matters

For those working in technology, it’s long been recognised that data centres are the backbone of the digital economy, but Coronavirus saw the industry thrust into the public eye on a much wider scale. We’ve seen data centre operators deemed to be critical workers, and witnessed debate into whether all data centres should be classed as Critical National Infrastructure. By Darren Watkins, Managing Director for VIRTUS Data Centres

A global leading data centre company has recently enlisted the support of Bryland Fire Protection Limited to design and install an engineered solution to safeguard their 1,600-rack facility in Slough.

New data centres – the tap is still turned on

The provision of new data centre supply is a vital component of the European data centre market, not just to ensure there is enough product to satisfy levels of demand, but to ensure that it is the right type of product aligned to changing IT strategies and practices. By James Hart, CEO at BCS (Business Critical Systems).